“I didn’t start doing graffiti until two years after I got to New York. Jean Michel Basquiat was one of my main inspirations for doing graffiti. For a year, I didn’t know who Jean Michel was, but I knew his work.” – Keith Haring

When I first move to Melbourne in 2000, I was a naive 13 years old girl with completely glazed eyes and excitable emotions, arrived at my first Australian school being offered various subjects that she could only dream off learning back home. Fine Arts was one of those subject. During my time in Jakarta, I did so much painting and drawing classes, that I get quite good at it and fell in love with it completely. Art class in Melbourne means more exposure to international artists whose names I only ever read in my Encyclopaedia books. Keith Haring was one of those names that were introduced to me through an art class project. I remembered clearly how we were told to pick an artist and reproduce painting inspired by their body of work. For whatever reason, I was drawn to Haring’s work and thus begin my interest for various other New York artists such as, Andy Warhol, Basquiat or Grace Jones (her androgyny fascinates me). 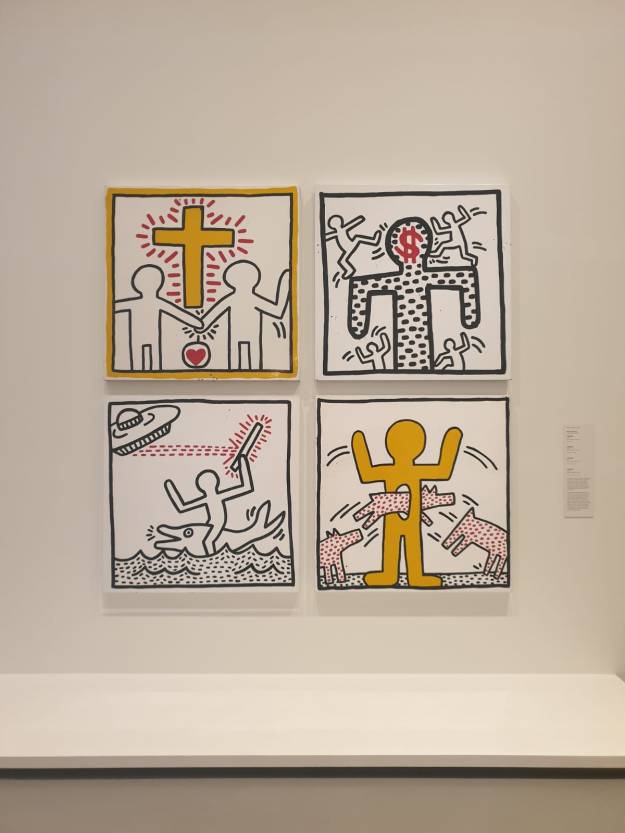 National Gallery of Victoria (NGV) International latest exhibition, Basquiat/Haring Crossing Lines, has got to be the most exciting things to have happen right now in Melbourne. Walking into a scene of Basquiat spraying words on a New York city’s wall, passing a news footage of Haring’s many arrest for painting on a blank advertising board, the anticipation of what’s to come build up slowly. The gallery’s white walls were filled with intertwining works by Haring and Basquiat, walls of curated story lines inspiring and perhaps, inciting a rebellious streak in all of us who visits. Cartoon like characters, random drawings of masked figures can be interpreted as shallow and irrelevant in our current society. But one can’t under estimate the strength of characters and messages behind each purposefully drawn figures that we, as visitors or passersby, should further unravel. 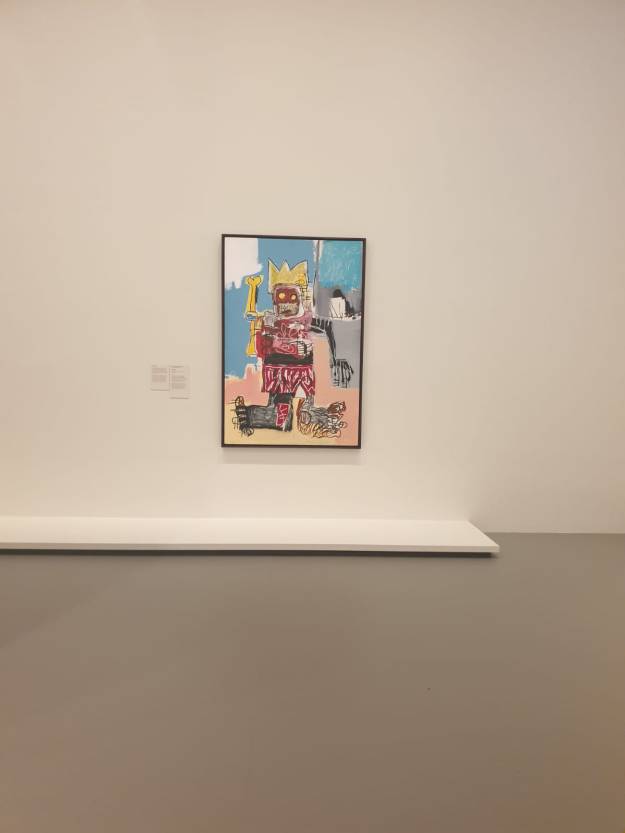 While alive, both artists were known to be strong advocates of change, breaking stereotypes and the loudest voice against stigma of having to live with HIV/Aids or simply being of a different race. Can we still say that their works have no relevance in our society today? 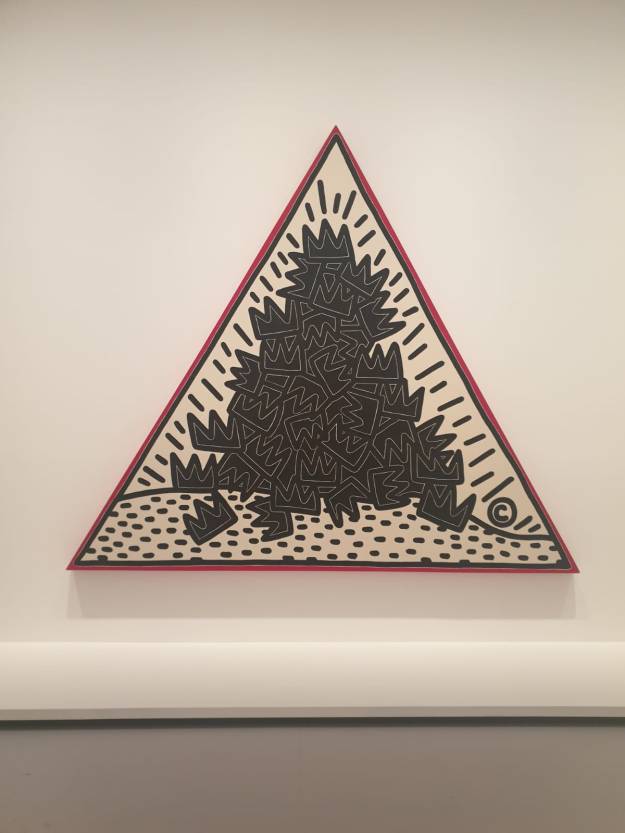 I always thought artists in the past were never just a painter or a videographer or a sculptor. I always thought of artists in the past as visionaries and society’s greatest critics. What is it that they see in or society that we, who lives in it everyday, simply missed? The works of both Haring and Basquiat continues to inspire generations of artists for years to come. Their works might start on the streets of New York, on the subway lines of Manhattan, but their desire to connect with everyone speaks to audience wider than they could have imagine. Even a rapper of South Korean boy group, Bigbang, TOP mentioned Basquiat’s name on his lyrics and who can blame him, cause arts just how Haring & Basquiat wanted and insisted, are for everyone.